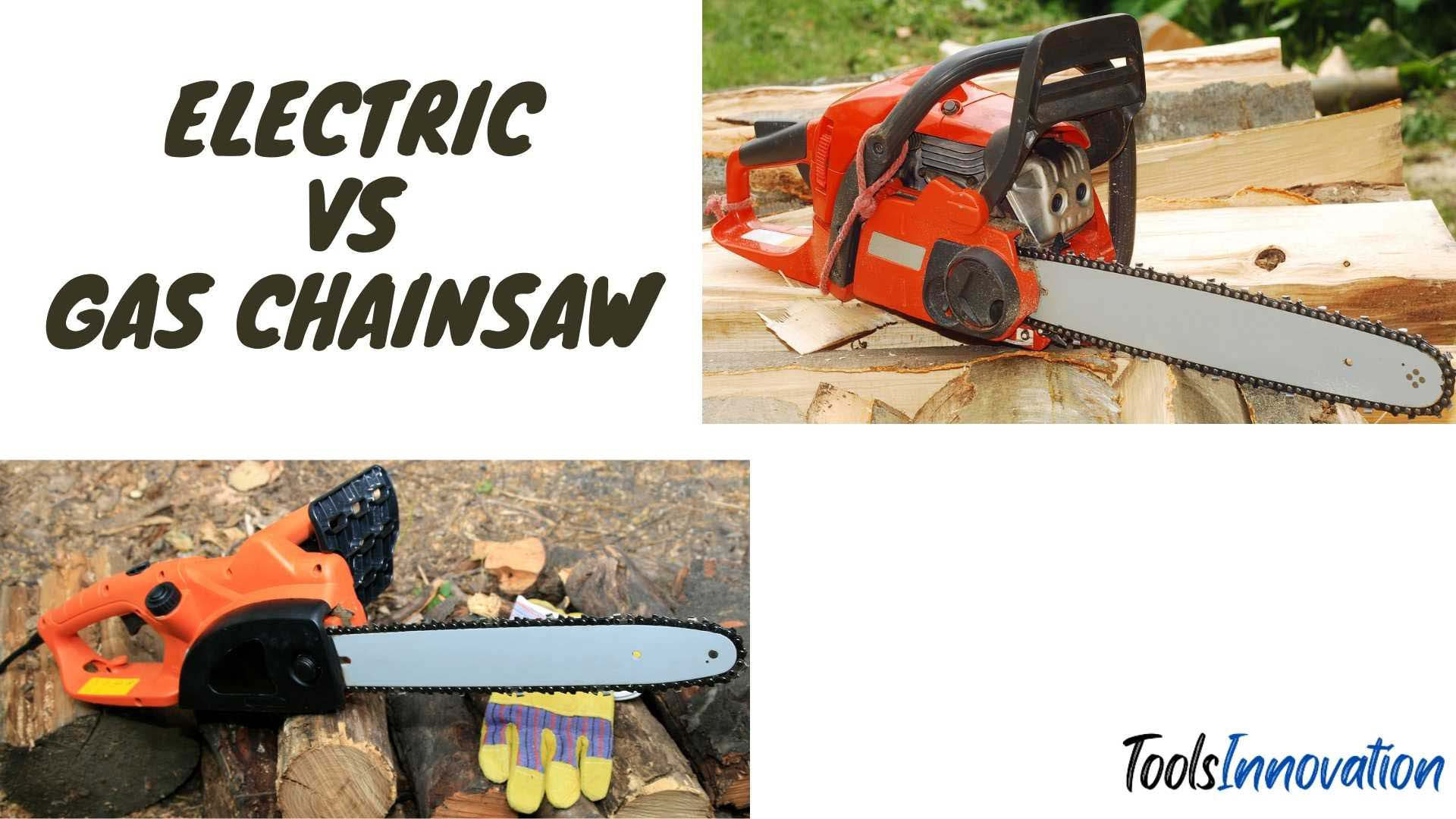 Electric VS Gas Chainsaw: Which One Is Best For You

Electric VS Gas Chainsaw Comparison: There are two categories of chainsaws famous for lumberjack projects: Electric models and Gas models. Which one will be the best fit for your yard projects? Although the debate of electric vs gas chainsaw is somewhat familiar nowadays, the best fit entirely depends on what you need in reality.

For instance, you can go for both models if a professional lumberjack is hired for heavy wood projects. That way, you can complete all the tree services from heavy to light with their powerful engine. After all, both the electric tool and gas-powered chainsaws have exceptional facilities.

We have made this entire guideline for you for a detailed overview of these two types of chainsaws. Here we are trying to describe these two categories in depth. We hope it will help you measure the differences and pick the right chainsaw that meets your needs.

Electric VS Gas Chainsaw: How Each One Operates

Gas and electric chainsaws come with a wide range of benefits, but they also have their set limits. The way a chainsaw operates is determined by its power source. This section will cover the differences between electric and gas-powered engines. Also, it will cover how they differ in an operation mode for best performance!

How Does an Electric Chainsaw Work?

Both corded and cordless versions have similar operation modes to dive the chain bar. But the main thing that differentiates each of these is the power source. A cordless model has a built-in battery that allows you to run the chainsaw without plugging it into any power outlet. But the corded model needs an additional power outlet during its operation.

Although the way electric corded chainsaws work is a different matter from their power source discussions. In brief,

Electrical motors aren’t like gas engines that include moving parts, so they’re much more reliable and efficient. The power-producing component in an electrical motor is called “armature.” It has many magnets that produce torque when electricity flows through them.

This causes the armature to turn with incredible force against internal metal plates. Then it converts these rotational forces into mechanical energy usable by your saw blade or other appliance such as a drill!

How Does a Gas Chainsaw Work?

Gas chainsaws also have two categories, like electric chainsaws. The first category is 2-cycle gasoline chainsaws, and the second is a 4-cycle chainsaw. Both of these are considered standard chainsaws within the gas-powered categories.

The difference between 2-cycle chainsaws and four-cycle engines is the type of fuel it requires. A two-stroke has oil mixed with gas, while a four-stroke requires electricity from an electric starter motor. You might wonder why the two-cycle chainsaw requires you to have a fuel mixture.

It generally lubricates the engine components so that you can work more smoothly. Whereas the 4-cycle chainsaw has two separate oil and gasoline tanks, there’s no need to mix it.

To understand how a genuine gas chainsaw work, here’s what we could sum up for you,

Powerful gas chainsaws work by taking fuel and air through a carburetor, mixing them in the cylinder of an engine (where spark plugs ignite it), which then pushes out raw power with each rotation of your wrist.

The connecting rod converts all this rotary motion into straight-line force that drives sprockets on one side while catching impetuous from another. When you release the clutch pedal at top speeds like around 50 miles per hour or more, depending on model settings making, they’ll get Godlike sharpness too!

Pros and Cons of Electric and Gas Chainsaw Models

An electric chainsaw is a tool you plug into the wall socket before using. The gas chain saw has an internal engine, requiring no electricity. Both have advantages and disadvantages depending on what type of work you are doing.

Disclaimer: One thing they both have in common is safety features. Both of these categories require goggles or other eye protection when in use because of all the dust surrounding them.

How To Decide Which One Is The Right One For You?

With so many saws on the market, how do you decide which one will be best for your situation? You’ll need to evaluate and pick a precise tool. An affordable electric chainsaw may work well if it’s just cutting down some small trees or bushes.

But if you have a huge backyard with many trees, then the gas-powered saw might be your best option. This tool will provide more power when working on larger projects. It is also better for use during storms or other natural disasters where limbs fall due to high winds.

However, if you are living near earthquake zones that makes this dangerous type of work necessary in an unpredictable environment, it’s recommended that people go electric instead!

We hope that it’s cleared up any confusion over which saw will suit your needs- an electric chain saw is better suited for small jobs around the home, and a gas-powered model is preferable if larger projects are in order.

If, at this point, there’s anything left unclear about how these two types of power sources differ from one another or what specific tasks each can handle most efficiently, please feel free to reach out at any time! Our team would love to hear more about your project. So, we can help find the solution that matches your needs perfectly. Here we are trying our label best to discuss Electric VS Gas chainsaws.

Shaoun Reza
Welcome To Tools Innovation. This Is Shaoun Reza I’m a Professional Products Reviewer. I Personally Research Various Products For Clients. Through My Review, I Want To Help users To Select The Right Product According To The End-user. I Only Review The Best Suitable, Cost-effective, Long-lasting Quality Products.